In the lead up to the Day of Memory for victims of Honour Based Abuse (July 14th), National Lottery funded charities throughout the UK are calling for increased visibility, reporting and understanding of Honour-Based Abuse (HBA), to ensure survivors get the right support they need. 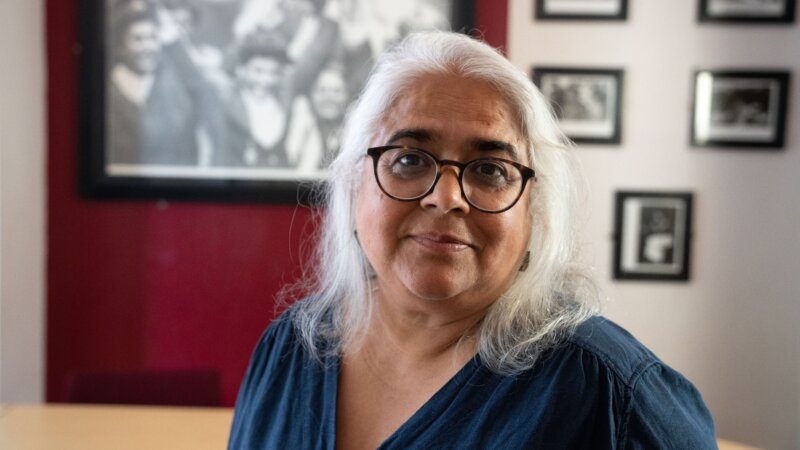 The National Lottery backed campaign also coincides with the launch of a book, ‘No Safe Place’, co-written by award-winning author, and Head of Policy and Research at Southall Black Sisters, Dr Hannana Siddiqui.

Dr Siddiqui wrote the book in collaboration with Bekhal Mahmod, whose sister, Banaz Mahmod, was murdered in a so called ‘honour killing.’

The book, which comes out on July 12th, recounts the extraordinary and horrific true story of Banaz’s murder at the hands of her father, uncle and male cousins, and the subsequent court case, at which Bekhal gave evidence against her family members.

National Lottery funded charities and organisations throughout the UK are taking part in the call to action today. These include Southall Black Sisters in West London, the organisation which supported Bekhal Mahmod following the tragic murder of her sister; Glasgow based charity, Community Infosource, which sees men working in partnership with men to tackle issues, supporting them to change their attitudes and practices; and Savera UK, a charity which has supported hundreds of clients with their one-to-one services covering Merseyside and Cheshire, as well as reaching thousands more through their national helpline.

Award-winning journalist and broadcaster, Samira Ahmed, has also lent her voice, encouraging a more open dialogue around the issue of HBA.

“Honour-based violence has always been there, but we did not always call it honour-based violence. The word ‘honour’ is controversial - some people feel it should not ever be used in the context of violence against women - but it struck me that the problem was never going away, that there were always accusations of racism if people tried to talk about it, and women were being silenced.”

Mrs Ahmed acknowledged HBA continues to be underreported and underacknowledged by the wider public, partly due to these difficulties associated with labelling and discussing it.

She added: “I’ve been really struck when I’ve gone into some communities, and spent time talking to people, police, social workers, women’s groups, about how much pressure there is to not talk about honour-based violence, because somehow it tars a whole community and that it suits racists to talk about it.

“That’s been the real challenge as a journalist: finding that balance between being scrupulously fair and not feeding racism, but also just calling a crime a crime.” There is no specific offence of ‘honour’-based violence. However, the Crown Prosecution Service describes ‘honour’-based violence as an incident or crime “which has, or may have, been committed to protect or defend the ‘honour’ of the family and or the community.”

‘Honour’ can be the motivation, excuse, or justification behind a range of violent acts against women and girls, sometimes resulting in so called ‘honour killings. HBA can take many forms, including child marriage, virginity testing, enforced abortion, forced marriage, female genital mutilation, as well as physical, sexual, and economic abuse and coercive control. HBA is widely misunderstood and underreported, meaning that hundreds of victims are not being helped and perpetrators are escaping justice.

Yasmin Khan, founder of National Lottery funded charity, the Halo Project, believes the COVID-19 pandemic has led to a surge in survivors coming forward after two years of being unable to seek help. Her charity has identified huge gaps in the reporting and understanding of HBA, which Khan says is even more prevalent than official figures suggest: the Home Office has only started collecting data from police forces on HBA offences since April 2019.

We are seeing a tsunami of victims coming forward who have been extremely traumatised. “This pandemic has exposed such inequalities and gaps in services, and a lot of staff are burnt out.” The Halo Project’s long-term aim is to build a ‘zero-tolerance’ approach to honour-based abuse and ‘eradicate’ gender-based violence. Khan said that funding from the National Lottery has enabled the Halo Project to develop its services further.

National Lottery players raise more than £30million a week for good causes, making projects such as these possible. Find out how your numbers make amazing happen at: www.lotterygoodcauses.org.uk. 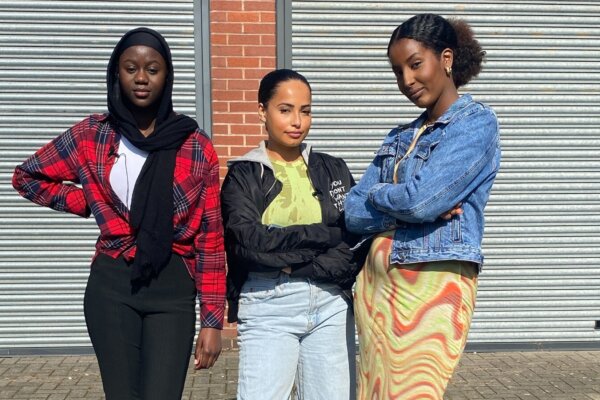 Integrate UK: Age of the Activists