Pollinating the Peak, a Derbyshire-based initiative run by the Bumblebee Conservation Trust, has won the inaugural Project of the Year trophy at this year’s National Lottery Awards in recognition of its work inspiring and educating communities, schools and individuals about these important insects.

After the four-week voting window came to an end last month, Pollinating the Peak emerged as this year's Project of the Year winners with almost 4,000 votes online and on social media. 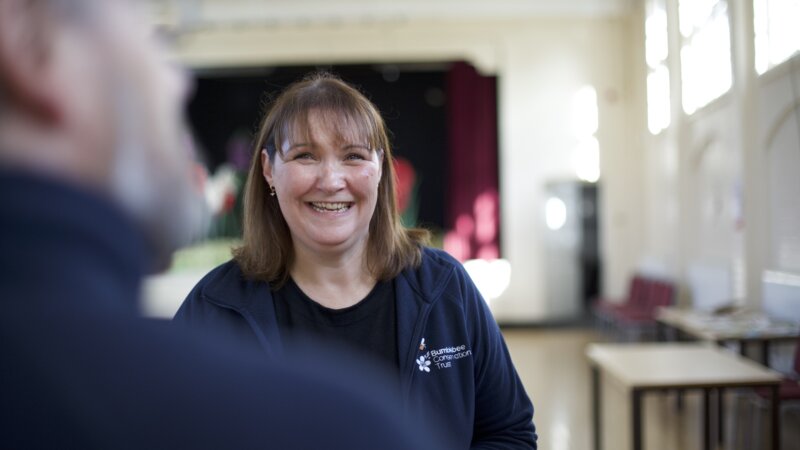 Bumblebees play a vital part in pollinating plants, but according to the Bumblebee Conservation Trust, the UK’s bumblebee population has plummeted over the last 80 years, leading to serious concerns about the future of our ecosystem.

That’s why the charity established Pollinating the Peak, a project which aims to reverse the terminal decline of bumblebees in the Peak District area while educating the public about the importance of these insects and how best to care for them.

The project has worked to secure the future of the Bilberry bumblebee, a Peak District priority species, and other local bumblebees by improving habitat conditions and monitoring bumblebee populations.

This vital project was given a huge boost thanks to £967,200 of National Lottery funding, which has helped it engage with more than 20,000 people across the Peak District over the last five years.

This support from the National Lottery has enabled the project to deliver bumblebee workshops in schools, provide free online resources and create the hugely popular ‘What’s that bumblebee’ app.

Sally Cuckney, Project Manager at the Bumblebee Conservation Trust said: “We’re honoured to have won this National Lottery Award and we’re so thrilled that so many people voted to help us win Project of the Year.

“With the help and support from the National Lottery, we have engaged thousands of people across Derbyshire to help raise awareness, provide habitat and skills for people to love and care for our precious bumblebees, especially the Bilberry bumblebee.”

Pollinating the Peak will receive a £3,000 cash prize, along with an iconic National Lottery Awards trophy.

Autumnwatch presenter Michaela Strachan travelled to Chesterfield to present the group with its trophy.

She added: “The decline of our bumblebees is hugely concerning, so it's incredibly encouraging to meet people who so obviously care and enthusiastically educate others in such an engaging and positive way.

“By spreading the word and empowering people to make a difference, Pollinating the Peak has made an important contribution to UK bumblebee conservation. It's thanks to National Lottery players that funding can continue to help this project and so many other projects and charities all over the country.”

From bumblebee surveys in their own back yards to embarking on careers as conservationists, the inspiring Pollinating the Peak project has enabled so many people to make a positive impact for bumblebees and their habitats. It has never been more important for us all to take action for the future of our natural world and National Lottery funding for projects such as this remains vital. Congratulations to everyone involved, this award is well deserved.

Thanks to National Lottery players, more than £30 million is raised each week for good causes across the UK, which in turn helps projects like Pollinating the Peak to carry out incredible work in their communities.