Big Narstie, Jamie-Lee O’Donnell, Anton Danyluk and Elis James celebrate 25 years of National Lottery support of heritage sites in the UK, by taking a cheeky glimpse inside some of these famous sites.

To launch #ThanksToYou for 25 Years, Big Narstie visited London’s Kenwood House, one of more than 600 lottery-funded places that are offering either free entry or other exclusive treats to people who turn up with a National Lottery ticket from 23rd November to 1st December

Watch the full video here, where, in his unique style the MC gives an MTV Cribs- style take on the much loved 17th century house nestled in London’s Hampstead Heath, you could be mistaken for thinking he owned it!

Big Narstie leads the way alongside three other celebrities, who all seem to think they live in these treasured and historic places across the UK: Derry Girls’ Jamie- Lee O’Donnell at SS Nomadic in Belfast, Comedian Ellis James at Cardiff Castle and Love Islander Anton Danyluk at Scotland’s Abbotsford with a special cameo from his mum.

The tours showcase just a handful of the thousands of treasured and historic places funded by the National Lottery over the past 25 years, which together have brought about a renaissance in UK’s heritage. 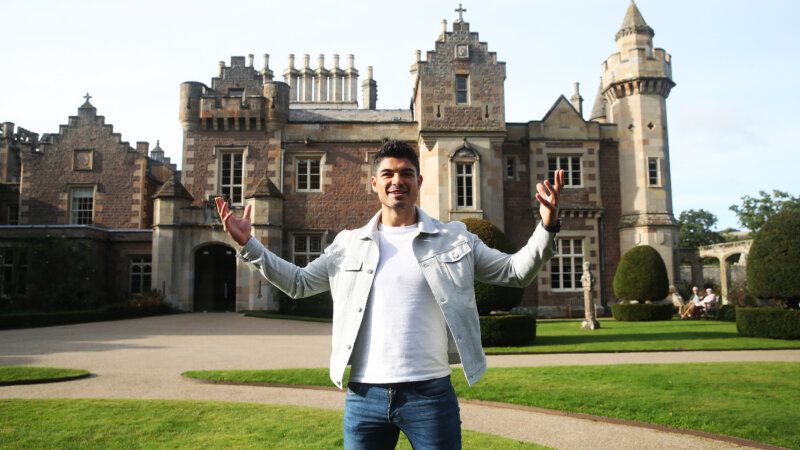 “Over the past 25 years, money from the National Lottery has quite simply made the UK a better place to live. Since 1994, more than 44,000 heritage projects have been awarded over £8 billion via The National Lottery Heritage Fund. Our heritage has been completely transformed. This is our way to say thank you for all your support. “

Thousands of our most beautiful, iconic and historically important sites have been opened up to the public and given a new lease of life, from castles to museums; historic houses to gardens and waterways; from steam railways and canals to historic ships and places that mark our greatest industrial and scientific achievements. 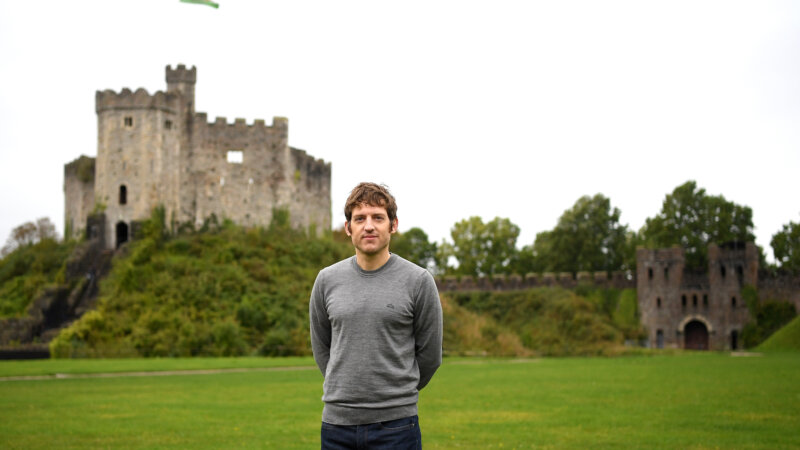 As a result of this funding:

• More than 120 ships and boats have been saved, preserved, refurbished and opened to the public including the Mary Rose, HMS Caroline, the Daniel Adamson and SS Great Britain.

• Landmark monuments that have been restored, improved or opened up to public including Stonehenge.

• Over £900m has been invested in more than 6,000 places of worship project, including major restoration projects at York Minster, Lincoln Cathedral and Bevis Mark Synagogue

94 out of the top 100 most-visited tourist attractions in the UK – from Stonehenge and the Tower of London, to Edinburgh Zoo and Shakespeare’s Globe have received National Lottery funding. These locations attract almost 110.3 million visits each year1 and are a major contributor to the UK economy.

To celebrate The National Lottery’s 25th birthday, iconic venues such as Kenwood House will also be opening their doors to the public with free entry or other special offers anyone arriving with a National Lottery ticket from 23 November – 1 December, as part of the celebration Thanks To You for 25 Years. The offer also includes free entry at 100 National Trust Properties, special guided tours and free days out at some amazing places such as the World Heritage Site Jodrell Bank in Cheshire.

And it’s not just heritage sites taking part. A National Lottery ticket will also get exclusive discounts and special offers at National Lottery funded arts, sports and community attractions - all the places that make the UK such a great place to live.

Visit thankstoyou.org.uk to find the full list and search all the offers taking place in your area and filter by specific interest, everything from free entry to a Royal Navy Submarine, to discounted theatre tickets and free guided walks at some of the beautiful RSPB conservation areas.

There are 26 UNESCO World Heritage sites in the UK, 22 of which have received National Lottery funding. Over 19,500 historic buildings and monuments have been restored thanks to National Lottery players.

It’s not just the big things. More than 3,000 people have undertaken work-based training in heritage skills. And National Lottery funding has helped close to a quarter of a million volunteers engage with heritage.

For further information, case studies and images, please contact the press office on 020 7211 3899 or email pressoffice@lotterygoodcauses.org.uk

Loads more facts and figures about funding for heritage

● The National Lottery’s Birthday celebrations are running for a five-week period (from 14 Oct until 6 December). There are some incredible activities

1 Top 100 most-visited locations were ascertained from the Association of Leading Visitor Attractions (ALVA) in 2018. Almost 70 million (67.6 million) people visited the attractions in 2018.

planned across the UK to celebrate the good causes that have been made possible thanks to National Lottery players over the last 25 years.

● Within this time, anyone who presents a National Lottery ticket or scratchcard will be able to access special offers at venues taking part in #ThanksToYou.

● Visit the #ThanksToYou events page thankstoyou.org.uk to search for special offers near you.

● Please check the individual offer listings for dates, times and other terms and conditions.

● Proof of purchase of a National Lottery game can be either hard copy or digital.

● The date of the draw/purchase is not relevant.

● All offers are subject to availability.